In March and April a popular highlight for young people is the spring fair. It usually starts on the fourth Saturday before Easter. There are many roller coasters, funfair rides, games of chance, a ghost train, a flying swing and of course a big wheel. But do not dawdle! Unfortunately, it only lasts about 16 days. 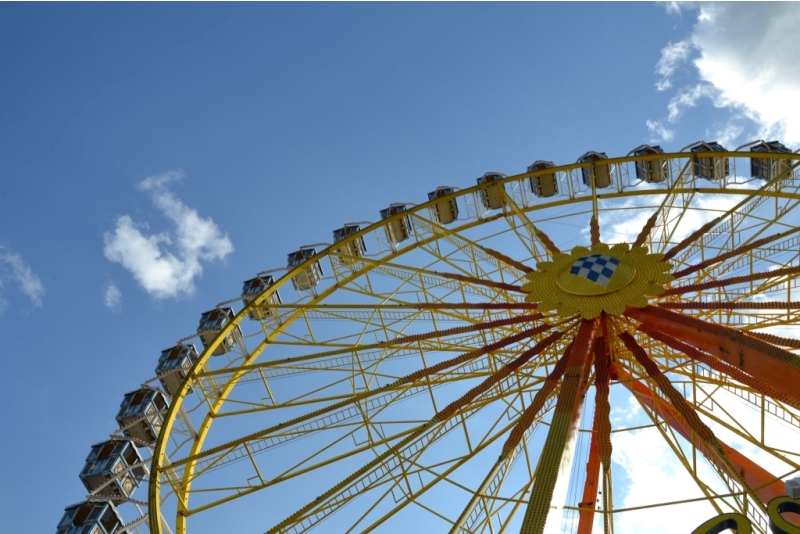 Four decades ago, a small group of students passionate about films began organizing the first International Film Festival in Würzburg. Now, some thirty-eight years later, the festival is still going strong and is one of Germany's last remaining non-profit film festivals.Currently, it is organized by more than 200 volunteers and supported by gracious sponsors and festivals guests. With more than 60 films screened, this festival is a must for everybody who is interested in international movies. The focus of 2013 will be on asylum and human rights.
The film festival spans over a four-day period usually two weeks before Easter at the end of March or at the beginning of April and has great films for everybody: features, documentaries and shorts from all over the world.
The film festival, although relatively small, is internationally known.