The Würzburg cathedral is a special landmark that can be seen from all over the city. It is near the market square and the river Main. It is said to be the fourth largest Romanesque cathedral in Germany. The construction began in the year 1040 and it was completed in the year 1250, when the East towers were finished. The baroque stucco was created from 1701 to 1704 to decorate the interior, but it was completely destroyed in the bomb-raid on 16th March in 1945. The Dome has been newly renovated and is shining in new splendour since December 2012. 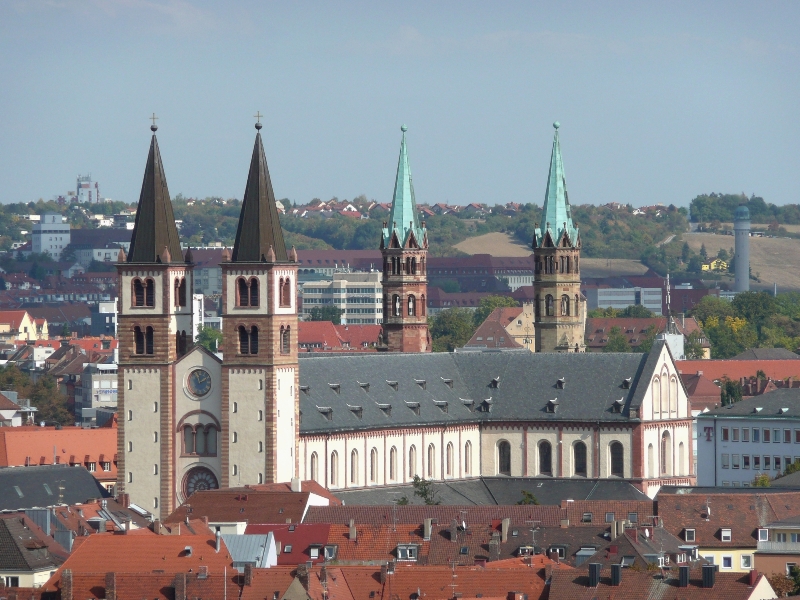 Portal Door Of The Würzburg Cathedral

If you stand in front Dom St. Kilian, which is Würzburg's most impressive cathedral, it is worth to take alook at the portal door, the main entrance of the cathedral. The door was designed by Fritz Koenig between 1964-1967, he is a famous sculptor who also designed a very famous work of art "The Sphere," which once stood in the plaza between the two World Trade Center towers in New York. At first glance you might think that this door consists of waves and different shapes only. But if you look very closely, you will realize that it tells you stories, different biblical stories from the Old Testament.