The oldest part of the fortess is called 'Marienkirche' ( Virgin Mary Church) and was built in the year 706, the other parts of the fortess were built 500 years later, around 1200. Gustav II Adolf of Sweden conquered the stronghold in the year 1631 and after the Thirty Years' War (1630-1660) many strong walls and defending structures were set up to prevent the fortress from being captured again. In the early 17th century it was modified into a Renaissance palace.
Today it is the location of 'Mainfränkisches Museum' where you can see an outstanding collection of Franconian art. Tilman Riemenschneider's famous sculptures, a prehistoric collection, baroque masterpieces and testimonials of the Franconian wine culture can be visited here. 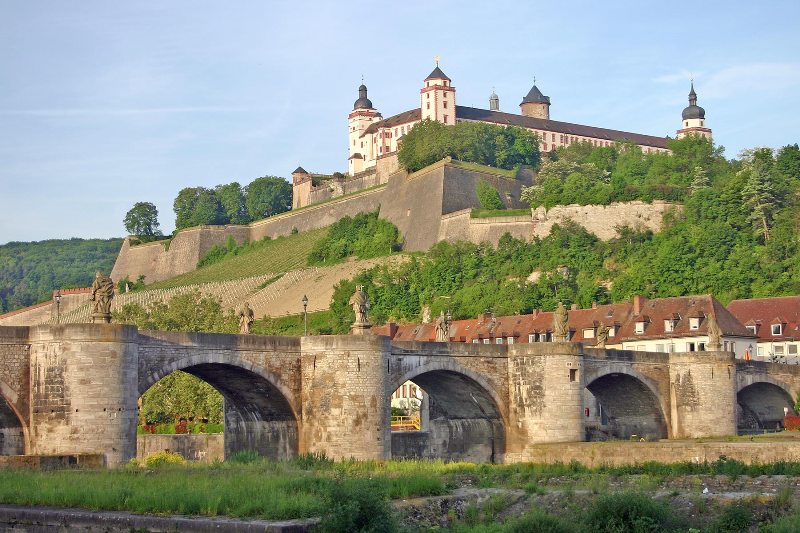